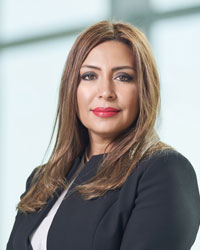 Najla Al Shirawi has more than 20 years of investment banking experience, bookended with her appointment as SICO’s Chief Executive Officer in 2014. Having joined SICO in 1997, her extensive career with the Bank also included an appointment to Deputy CEO in June 2013. Prior to this, she held various positions at SICO, including seven years as Chief Operating Officer, Head of Asset Management, and Head of Investments & Treasury. Najla also worked for a number of institutions owned by the Geneva-based Dar Al-Maal Al-Islami Trust, where she was responsible for establishing private banking operations for the Group in the Gulf region. Her career also includes a Lectureship in Engineering at the University of Bahrain. Najla is Chairperson on the Board of Directors for two SICO subsidiaries: SICO Funds Services Company (SFS) and SICO UAE. She is also an Independent Board Member of Eskan Bank BSC(c), Bahrain, Board Member of the Deposit Protection Scheme, Bahrain, Board Member of Bahrain Associations of Banks, and a Board Member of the Bahrain Institute of Banking and Finance. She holds an MBA and a BA in Civil Engineering from the University of Bahrain. She was included in the Forbes Middle East 100 Most Powerful Arab Businesswomen List 2017 for the third consecutive year and was honoured by HRH Princess Sabeeka bint Ibrahim Al Khalifa, wife of His Majesty the King and Chairperson of the Supreme Council for Women, and by the University of Bahrain for her contribution to the Kingdom’s banking and financial sector as part of Bahrain Women’s Day 2015. 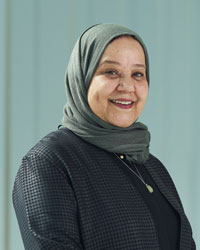 Hanan Sater has more than 36 years of experience in accounting and financial control. She was financial controller at SICO from 1997 to 2015 after having worked for manufacturers Hanover Trust Bank, Chemical Bank, and Chase Manhattan Bank. She is a Certified Accountant from the UK-based Association of Chartered Certified Accountants (ACCA), and is also a Certified Anti-Money Laundering Specialist by the US-based Association of Certified AntiMoney Laundering Specialists (ACAMS). A graduate of the University of Bahrain, Hanan has undertaken training in general management, internal control, and risk management with reputed institutions such as the BIBF and INSEAD, France. 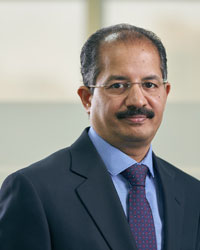 With over 27 years of diversified experience in the areas of operations, audit, and risk in the banking industry, Anantha Narayanan began his career at SICO in 2008. He was Head of Internal Audit at SICO for six years before being appointed to his current role of Chief Operating Officer in 2014. Prior to joining SICO, he worked for Credit Agricole Corporate & Investment Bank, BBK, Commercial Bank of Oman/Bank Muscat, and PricewaterhouseCoopers. Anantha is a Chartered Accountant and Cost Accountant (India), a Certified Information Systems Auditor and Financial Risk Manager (USA), and an Associate Member of the Institute of Financial Studies (UK). He holds a BSc Honours from the University of Manchester, UK. 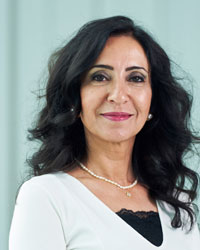 Amal Al Nasser has more than 29 years of banking experience. After having joined SICO in 1997, Amal was Head of Operations at the Bank for 10 years before being appointed General Manager of SFS, a wholly owned subsidiary of SICO, when it was established in 2004. Amal resumed her role as Head of Operations at SICO in 2010. Before joining the Bank, she spent 10 years with ALUBAF Arab International Bank in Bahrain, working in the areas of credit, investment, and commercial banking operations. Amal holds a BA in Economics from Poona University, India. 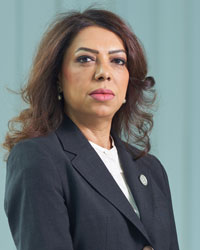 With 23 years of banking expertise, mainly in the investment field, Khulood Al Qattan has extensive experience in capital and money market instruments in the local, regional, and international markets and in portfolio management. Khulood has been General Manager of Prime Advisory WLL since 2009 after having held the post of Regional Director of Investment Placement from 2007 to 2008, Office Manager of the Bahrain office of Abu Dhabi Investment House from 2006 to 2007, and Head of Wealth Management at Addax Investment Bank from 2005 to 2006. She started her career with Bank of Bahrain & Kuwait where she worked her way to Head of Investment Department. Currently, Khulood holds board posts at Batelco and Bahrain Chamber of Commerce (BCCI) in addition to SICO Financial Services Company (SFS). She holds a BA in Accounting from Ain Shams University in Cairo, Egypt. 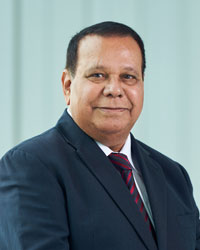 Ahmed Qassim has over five decades of multi-disciplinary experience in the areas of share and mutual fund registry services, risk control, corporate governance, and education. Ahmed held the post of General Manager with Fakhro Karvy Computershare WLL from 2011 to 2013 where he played a key role in enhancing revenues, monitoring, and managing operational risk, and building client relationships. He was Director at KPMG Fakhro from 1982 to 2011 where he established sound corporate governance policies and risk controls. Ahmed was also Assistant Headmaster for Intermediate Schools with the Kingdom of Bahrain’s Ministry of Education from 1966 to 1971. He holds a BSc in Economics from University of Baghdad, Iraq and an MA in International Relations Studies from University of Southern California (USC), London, United Kingdom. He also holds a Diploma in Economic Development Studies from University of Glasgow, United Kingdom.